Established in 1862, Platte Bridge Station was built at the site of a bridge constructed earlier by trader Louis Guinard near the location of the first Mormon ferry across the North Platte River. The Army outpost was meant to guard the mail service and the newly constructed transcontinental telegraph lines from attack by Plains Indian groups.

Indian attacks intensified along major trails in 1865, following the 1864 Sand Creek Massacre in Colorado Territory in which 150 Cheyenne were killed after raising a flag of truce. On July 26, a force of Cheyenne led by Roman Nose and Lakota Oglala Sioux led by Red Cloud, attacked an army unit that had left the fort to escort a small, incoming supply train. During the conflicts that day, 26 soldiers, including Lt. Caspar Collins, were killed and nine or ten wounded.

Following this battle, additional troops were stationed at Platte Bridge, and the fort was expanded and renamed Fort Casper in Collins’s honor, but misspelling his first name. The fort remained in operation for two more years until construction of the Union Pacific Railroad to the south, and removal of the telegraph line to the southern route, diminished the fort’s importance. The army apparently dismantled some of the fort’s buildings and reused the materials at Fort Fetterman, further east along the North Platte River near present Douglas, Wyo.

In 1936, the fort buildings were reconstructed by local workers hired with funds from the federal Works Progress Administration—and the reconstructed fort was named Fort Caspar, spelling the young officer’s first name correctly. The fort is owned and operated by the City of Casper. The recently expanded Fort Caspar Museum offers permanent and touring exhibits highlighting regional history, and volunteer reenactors help visitors imagine military life on the frontier. 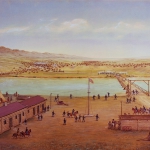 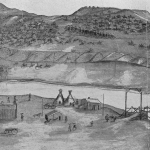 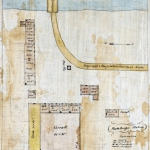 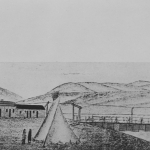 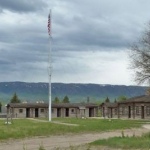